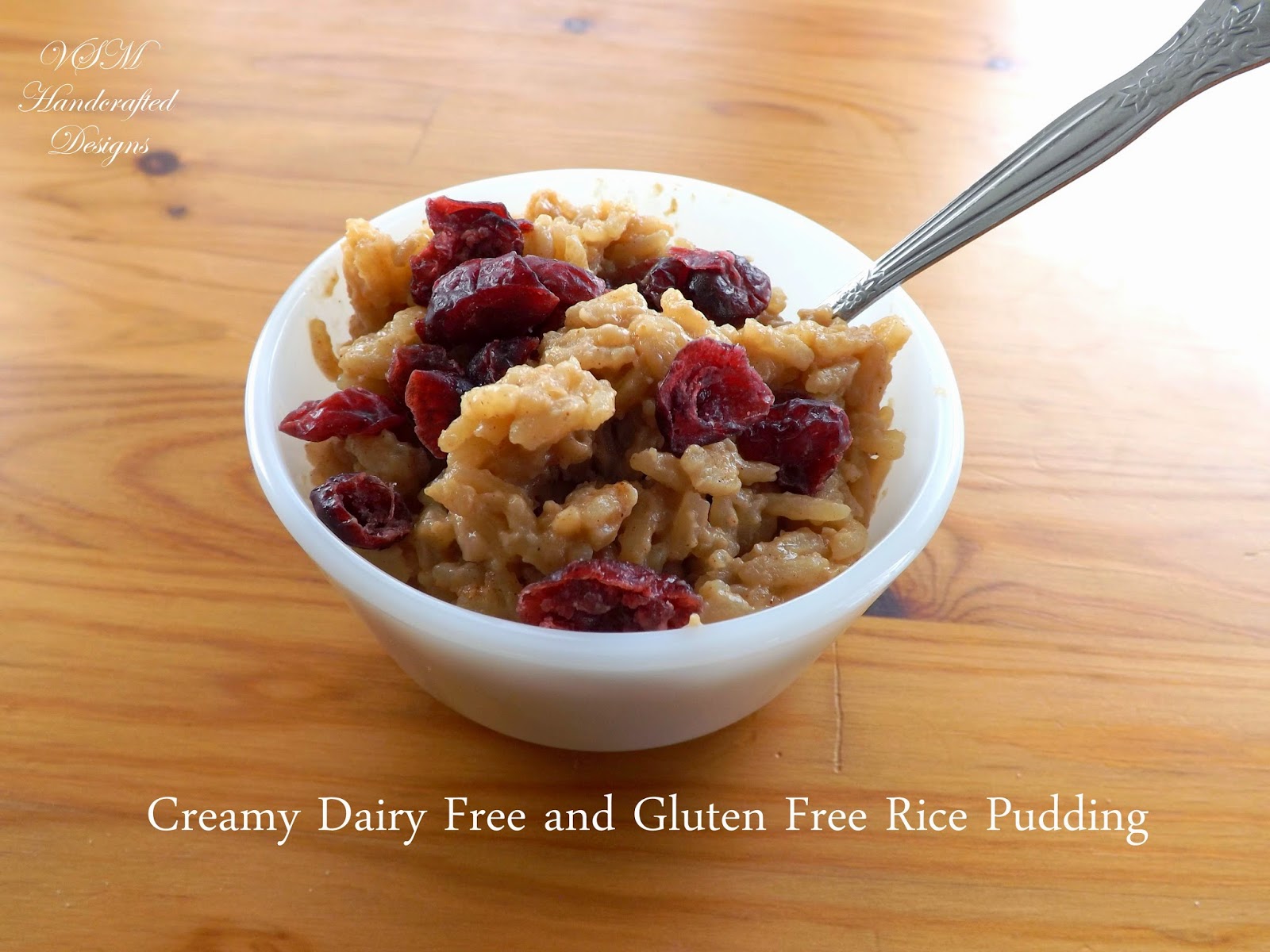 As I child, I used to HATE rice pudding. The whole thing just turned my taste buds off. But, like many children, I found that my tastes changed and suddenly rice pudding was actually pretty darn good, especially if you can get a hold of the homemade stuff. When I had to turn to a dairy free diet, this particular indulgence soon found itself in the review mirror of treats from days gone by.

Lucky for me, I'm decent in the kitchen and decided to experiment a bit. With some cooking and baking know how, and a wing and a prayer, I came up with a super yummy, healthy, and.... bonus....dairy and gluten free rice pudding! It has an amazingly rich caramel color, and is wonderful served warm or cold. You can have some fun by also sprinkling some golden raisins, craisins, or even some extra ground cinnamon on the top before serving it to your guests or just enjoying a late night treat for yourself.

1 1/2 cups Jasmine rice. (If you do not have Jasmine rice you can use a rice of your choice but just make sure to follow the directions for the cinnamon tincture carefully and alter as needed.)
3 cups water, plus an additional separate 1 1/2 cups of water.
3 cinnamon sticks. (Make sure to use and not cassia based cinnamon for the best results.)
1 can of coconut milk. (Do not use "lite" and I recommend using the Gold Star brand.)
1 tbsp blackstrap molasses (Regular molasses can work as well, I prefer the health benefits of blackstrap.)
4 tbsp sugar
1tsp ground cloves
1tsp ground ginger
ground cinnamon in a shaker (to taste)
salt (to taste) 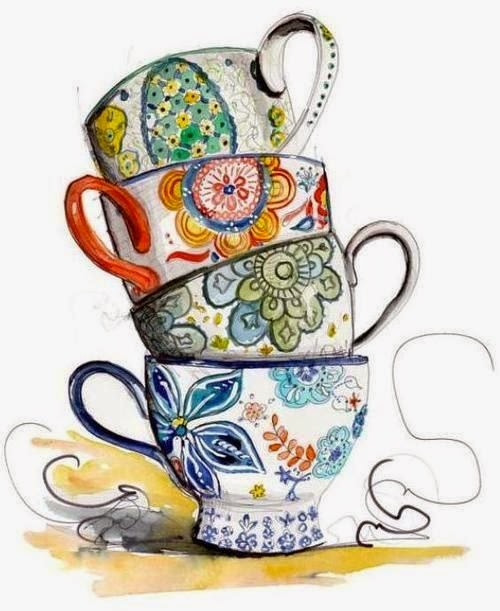 1. For each cup of water called for in the recipe add in 1 full cinnamon stick in a medium saucepan. Bring the water to a gentle simmer with the sticks in the water. As soon as the water starts to shift to a yellow color, remove the pot from the heat source and allow the water and cinnamon sticks to sit while the sticks infuse the water. You know it is done when the water turns brown, usually about a half hour. (You can actually drink this as a tea with some honey as a soothing drink for upset stomachs).

2. Once your tincture of cinnamon water is ready, you will need to strain it into a bowl or large measuring pitcher to filter out the sticks and fragments that shed off during the cooking process. Measure out the amount of water you now have and top off the water back to the originally needed amount to cook your rice according to package directions plus 1 extra cup of water. Return water back into rinsed out pot originally used.

3. Now add in your molasses, 1tbsp of sugar, and can of coconut milk. Mix together well into the water until it looks like a light coffee with cream in color. Bring the mix to a boil, but make sure to do so uncovered or it will boil over.

4. Add in the rice, mix together and then cover with the pot's lid and allow to simmer on the lowest heat setting until rice is tender and the majority of the liquid is pulled into the rice. (If you find your rice absorbed all the liquid and is still not tender, add in a half cup of hot water until the rice is fully cooked.)

5. At this point the rice should be tender and have a creamy sauce, almost like a good risotto. Add to it 3 tbsps sugar, 1tsp cloves, 1 tsp ground ginger, an additional dash or two of cinnamon to taste, with a dash of salt and stir together.

Allow to cool and you can either serve right away warm, or store away in the fridge and enjoy the next day once the seasonings have a chance to really meld together.

Now, I'm sure you've read a few side notes on my part and wonder why or what is behind those statements. Please check out the following if you are yet unfamiliar with the benefits of Ceylon cinnamon and blackstrap molasses... 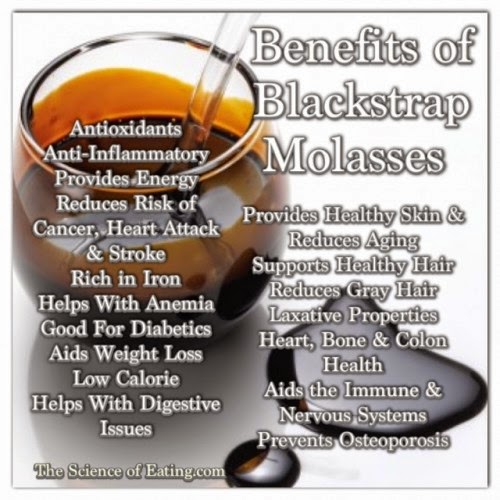 As found on The Science of Eating, this meme does a great job of summing up why I go for the blackstrap rather than the regular old molasses in the grocery store. It also has a great article about other sweetener options out there, beyond sugar, that are healthy, too! 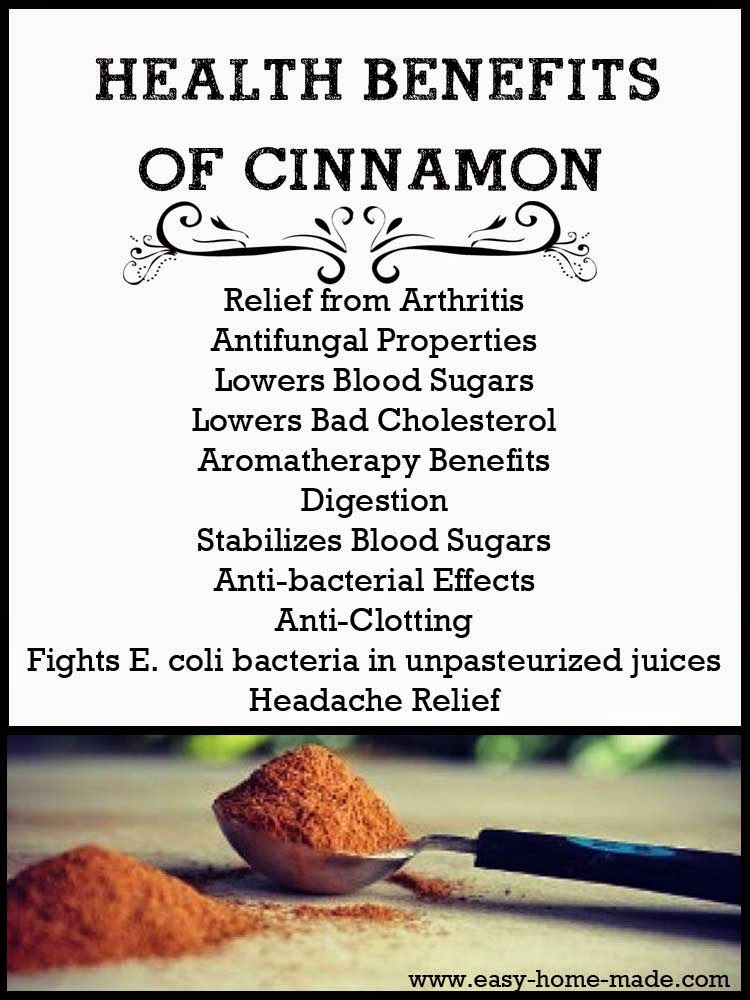 And now for the benefits of Ceylon cinnamon. It's also known as real cinnamon, as opposed to the other more easily found and sold cousin, cassia cinnamon. This real cinnamon chart from Easy-Homemade-Com breaks it down to the many benefits using Ceylon cinnamon has on the body. Make sure to read the full article to get the most out of some new found knowledge. It's also good for you to know that too much of cassia cinnamon can be a bad thing. There are findings that over indulging in this form can actually do some liver damage. Read your labels and purchase the good stuff. Cheap is not always better! And if you can't see the word Ceylon, then chances are good, it's cassia based.

Here's to your health!